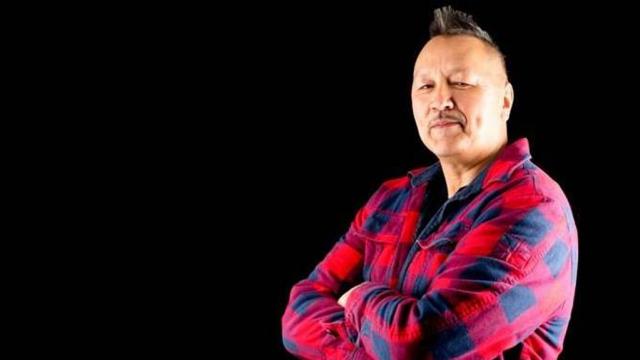 We're really excited to have Art Napoleon joining us at the banquet on Saturday evening!

Art Napoleon, a former Chief of the Saulteau First Nation in Treaty 8 BC, is a conservationist, faith-keeper and educator who interprets life through the holistic lens of Cree worldview.  Walking in “two worlds,” Art is as comfortable on a big city stage or in a boardroom as he is skinning a moose in a hailstorm with a pocketknife.  Ancestral knowledge and the desire to create sustainable and ethical alternatives are the foundations that guide him in the many projects he is involved with.

Art is host and co-producer of The Aboriginal Peoples Television Network's popular show Moosemeat & Marmalade, an international food series that showcases Indigenous foods, traditional knowledge, and outdoor cooking techniques.  He grew up in the boreal forests and mountains of Northern BC, where he learned bush-skills including traditional plant use and outdoor cooking.  Art holds an MA in Language Revitalization from the University of Victoria, is a language educator, and practices subsistence activities on a seasonal basis.  Based in Victoria BC, Art remains connected to his home territory and his Cree and Dane Zaa roots.  When he is not producing TV, he tours regularly as a performer and speaker and also serves as a juror on arts and culture organizations across Canada.  His moose stew has been known to cure hangovers and his campfire tales have mended broken hearts…or so the stories go.